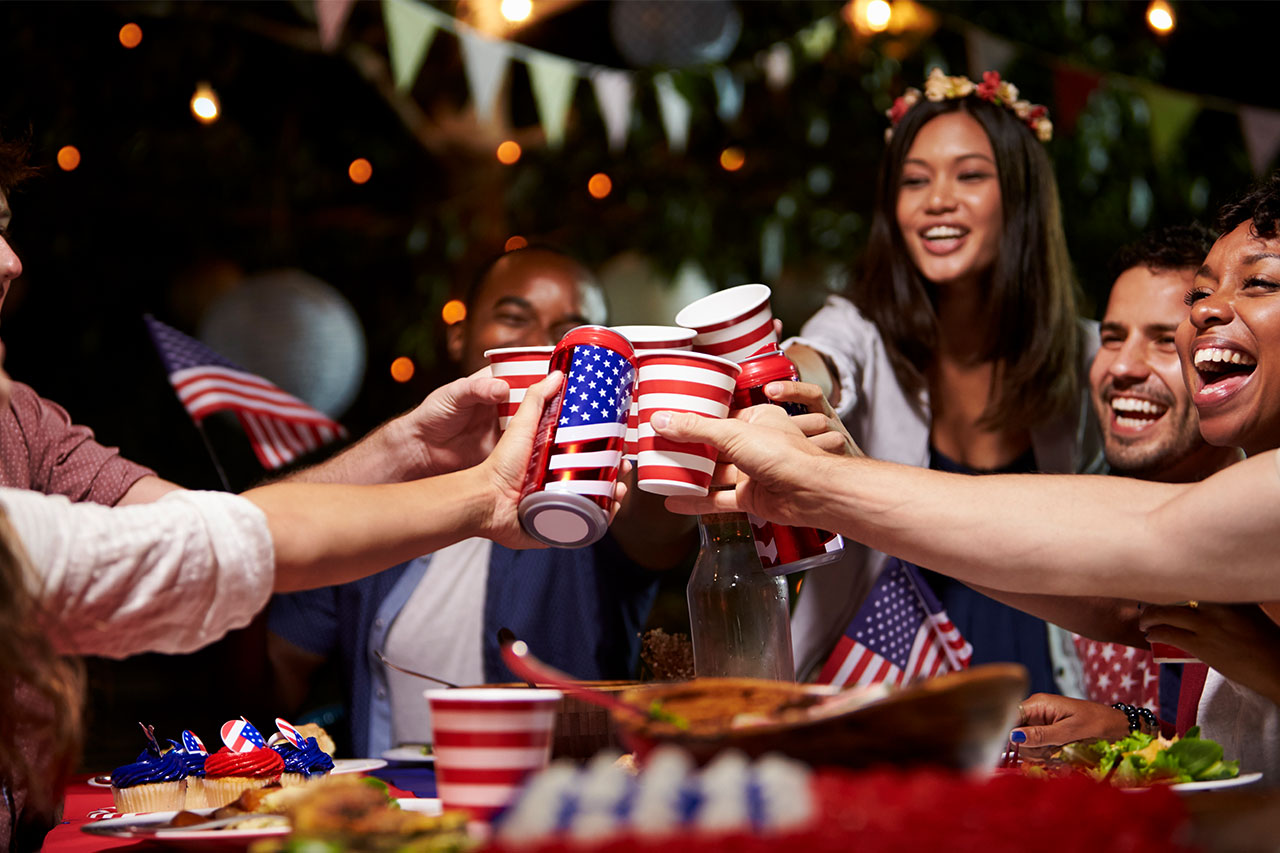 The Fourth of July, Independence Day, July Fourth: it’s a holiday with many names. And each year, we all honor our nation and its freedoms with family, friends, and celebrations that usually culminate into parties and other get-togethers with our favorite foods and drinks.

Unfortunately, the merriment can get out of hand, and after a few too many our judgement is impaired and we make mistakes. Recent studies conducted by the National Highway Traffic Safety Administration (NHTSA) and other credible sources show that July Fourth holds a longstanding record of being among the deadliest American holidays in terms of accidents caused by drunk drivers.

According to the Insurance Institute for Highway Safety and the Highway Loss Data Institute, July Fourth had the highest percentage of car accident fatalities from 2010 until 2014, followed by New Year’s Day. On average, approximately 118 deaths could be accounted for on each Independence Day during this 5-year period.

Arrests and Citations or Accidents?

While some holidays tend to yield more traffic citations from revelers, there are a number of factors that can contribute to the resulting statistics, even the state in which the driver was located at the time. For example, New Year’s Eve is notorious across the country for being the holiday with the most arrests made on grounds of suspected drinking and driving. But, the rate of vehicle accidents for that same night is much lower than is recorded for July Fourth.

Perhaps because of its reputation for lasting well into the early morning hours, New Year’s Eve – alongside popular three-day-weekend holidays – tends to inspire more checkpoints and patrol activity amongst local and regional law enforcement agencies, which could be one significant contributing factor to those figures. Like Thanksgiving and New Year’s Day, Independence Day traffic is not typically monitored quite as closely as other holidays that are more widely known as travel-intensive occasions.

In the Wilmington area and across the state, officials have employed annual “Booze It & Lose It” campaigns in an effort to discourage drinking and driving around particularly notorious holidays like July Fourth. This includes an increase in sponsored checkpoints, which are placed in the hopes of displacing Independence Day as the leading holiday for fatalities by vehicle accidents while at least one driver is under the influence of alcohol.

This Independence Day, Wentz Law Firm encourages everyone to drive safely, and to assign a designated driver or call for a trusted ride as needed. But if legal concerns should arise, we’re ready to assist you through the process and get you back to what matters most.